The British banking sector, the largest in Europe

The UK banking sector is the largest in Europe in terms of contribution to GDP, according to data from the Bank of England.

The financial sector (banks and insurance) contributed 7.4 pc to the GDP of the United Kingdom in 2014, while the assets of banking establishments represented 450 pc of the GDP of Great Britain in 2013, specifies the British central bank (BoE ).

Britain is home to around 250 foreign banks (including 150 subsidiaries and 100 branches) representing more than 50 countries. Some 416,600 people were employed in the UK banking sector at the end of 2014.

The United Kingdom represents less than a quarter of the European financial sector in terms of added value and jobs in 2013 but it is the majority in several key market segments in the European Union, in particular that of foreign exchange (78 pc of transactions) and interest rate derivatives (74 pc).

According to figures from the Bank of England (BoE), London concentrates nearly 40 % of the added value of the British financial sector, which explains the international appeal of the City's financial center.

At the end of 2014, the number of people employed in the banking sector in the British capital stood at 143,000, including 51,000 in the City (historic business center in the heart of London) and 41,000 in Canary Wharf (new district building in the old docks of east London).

The top 15 investment banks employ 70,000 people. Almost two-thirds of UK bank employees, however, work outside London in an effort to cut costs and thereby lower the cost of bank accounts in England.

Thus, more than 21,000 bankers work in Edinburgh and 12,000 in Leeds in 2014. British banks are dominant in the retail activity, while corporate and investment banking (CIB) is very open to international competition.

HSBC was founded in 1880 and is headquartered in London. The bank employs around 85,000 people (including subsidiaries). It operates through the segments of Retail and Wealth Management, Commercial Banking, Global Banking and Markets, and Global Private Banking. As of December 31, 2016, it operated 964 bank branches in the United Kingdom and 13 other branches in the Isle of Man and the Channel Islands. 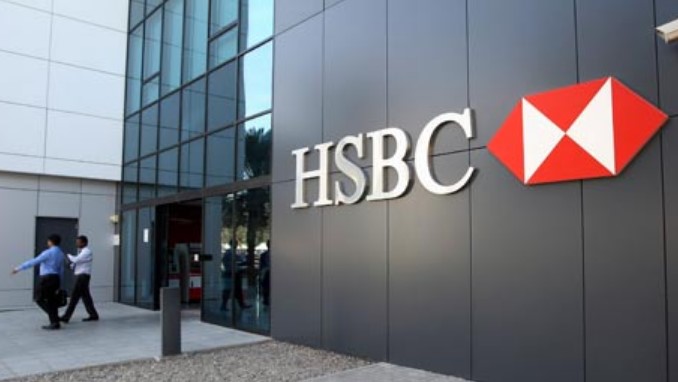 Barclay's PLC was founded in 1925 and its head office is in London. The bank provides retail banking, credit card, wholesale banking, investment banking, wealth management and investment management services. It employs around 119,300 people.

The Royal Bank of Scotland was founded in 1880 and is headquartered in Edinburgh. The bank employs around 77,000 people. It operates as one of the UK's banks through England personal and business bank account services, Ulster Bank RoI, Commercial Bank, Private Banking, RBS International, NatWest Markets, Capital Resolution, Williams & Glyn and Central Items and other segments.

Lloyds Banking Group was established in 1695 and is headquartered in London. The bank employs around 70,000 people. It provides banking and financial services under the Lloyds Bank, Halifax, Bank of Scotland and Scottish Widows brands to individuals and businesses in the UK and abroad. It is one of the oldest operational banks in the UK.

Standard Chartered PLC was founded in 1969 and is based in London. The bank employs around 86,000 people. It operates through the Corporate and Institutional Banking, Retail Banking, Commercial Banking and Private Banking segments. As of 2016, it operated 964 branches in the UK and 13 branches on the Isle of Man and the Channel Islands.

Santander Bank was established in 1988 and is headquartered in London. The bank employs around 19,500 people. It operates through the retail banking, commercial banking and global corporate banking segments. It operates a network of 841 branches and 67 corporate business centers, and also operates through ATMs, telephony, digital, mobile, Internet and intermediary channels.