Responsibility  - The shareholders' liability for the company is limited to the amount of their contributed capital.

Members - A Bulgarian company can be formed by one or more natural or legal persons, residents or non-residents. Membership details are made public.

Manager - A company must have at least one manager, who must be an individual, resident or non-resident.

Secretary  - Bulgarian companies can appoint a secretary, but this is not compulsory.

Registered address  - A company must have a registered office in Bulgaria.

SMEs are not required to appoint an auditor and file audited accounts.

All Bulgarian companies are required to file an annual income tax return and pay their corporate taxes until June 30.

Key figures of companies in Bulgaria 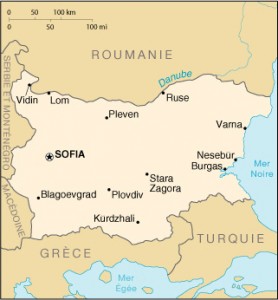 The Bulgaria is a country in Southeastern Europe located in the Balkan Peninsula. It covers part of the territory of ancient Thrace. It is bordered by the Black Sea to the east. It shares borders with Greece and Turkey to the south, Romania to the north, Serbia and Macedonia to the west. Its capital and largest urban area is Sofia.

Since joining the European Union in 2007, the country has experienced a period of unprecedented economic growth thanks to numerous investments from abroad. But the global crisis has called this good health into question, and there is still a long way to go. The concerns of Bulgarians are pragmatic, the economic crisis has affected them deeply and many people, especially young people, have emigrated to the West (mainly Germany, United Kingdom and Spain).

This strong emigration of young people has led to a drop in the birth rate, which is at its lowest, far behind overall mortality (the number of deaths is practically double that of births each year), which considerably reduces the number of inhabitants. every year. However, the fertility index rose slightly (1.53 children per woman in 2015) compared to its lowest in 2001 (1.24 children per woman). In almost 30 years, the country has lost more than 20 % of its population, or about 2 million people! And the movement continues.
Bulgaria is aging very quickly, and people over 65 have already passed 20 % (20.4 % in 2016). A phenomenon identical to that of other countries in the region is Europe.