Company Structure in the Czech Republic

Key figures of companies in the Czech Republic 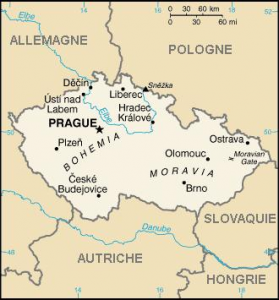 A demographics that are on the rise again timidly

The Czechia (Czech Republic in long form) is a central European country without access to the sea, surrounded by Poland to the northeast, Germany to the northwest and west, Austria to the south and Slovakia At the South-East. Bringing together the historic regions of Bohemia, Moravia, and part of Silesia, the Czech Republic has been independent since 1er January 1993 on the occasion of the split of the Czech and Slovak Federal Republic, in other words Czechoslovakia, which therefore brought together Czechia and Slovakia.

The Czech Republic is located at the geographical heart of the enlarged European Union, and is gradually becoming an important communication hub. Transport infrastructure, including major highways, now connects the country to its neighbors and to large cities such as Dresden, Berlin, Munich or Vienna.
Tourism is developing, Prague being a city steeped in history and remarkable architecture. It is now part of the world heritage of humanity at UNESCO.

After years of stagnation and a decline in the early 2000s, the population is currently recovering and the Czech Republic is once again gaining inhabitants thanks to both a slightly more dynamic birth rate (but not sufficient to renew the generations) and an increase immigration, especially from eastern Europe and West Asia. The emigration of young people, very strong in the 1990s and 2000s, slowed down thanks to job opportunities there and the consequent improvement in living standards. This growth remains relatively anecdotal, however, with +0.15 % in 2015, +0.24 % in 2016, +0.34 % in 2017 and +0.37 % in 2018.

Corporate Taxation in the Czech Republic